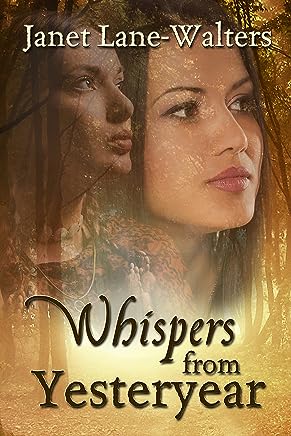 Join the writers at #MFRWHooks here  http://mfrwbookhooks.blogspot.com  for some great excerpts. Mine is a reincarnation story

“Not the children.” Willow Carey is awakened by the remnants of a dream she hasn’t had for years. Today she is to return to Indian’s Sorrow, a house she inherited from her aunt. The inheritance has caused a rift with her twin sister. Her father and stepmother have died in an accident. Though she doesn’t want to go to Indian’s Sorrow, she must take charge of her young half-sister and brother.
Reid Talbot, a man she once loved lives near the house with his family. Now a widower, he lives with his sons. Learning to trust him again is difficult but he also has dreams.
Together, they must learn the meaning of the dreams before the whispers of yesteryear destroy their newfound happiness.

"Not the children!"
Willow Carey jerked into a sitting position. Her heart thudded in her chest. Waves of terror flooded her thoughts. She gulped deep breaths of air.
She stared at the familiar surroundings and wondered why the bedroom seemed alien. Like a shroud, the sheet had twisted around her legs. She tugged it free. Her sleep shirt, soaked with perspiration, clung to her skin. She shook her head to dislodge the fragments of the nightmare that had awakened her. Terror, grief and rage had followed her into consciousness. What? Why?
Once her heart rate slowed, she reached for the alarm clock. Too late to go back to sleep and too early to get ready for work. As the effects of the adrenaline rush faded, her sense of uneasiness grew.
She hugged her knees. Once again, she had failed but she couldn’t remember who or how.
Moments later, she stood in the shower. Warm water washed away the sour smell of fear. The nightmare wasn’t new. Six years had passed since the last time the cry had jolted her awake. Always the same urgency and the same surge of emotions. No matter how hard she tried, she never remembered more than the cry.
She stepped from the shower. After pulling on a blue terry cloth robe, she stripped the bed and stuffed the damp sheets in the hamper.
What had triggered the dream? With the thoroughness of a pathologist seeking the cause of death, she examined the past few days and found no incident that could be called a trigger.
As she made the bed, she recalled the first time she’d dreamed. She’d been sixteen. She and her twin had been at Indian’s Sorrow visiting their aunt. Willow had always loved staying there. This time had been different. One memory lodged in her thoughts.
"Willow, come here. This is so neat." Brooke had opened the gate at the side of the garden.
Willow halted at the opening. She looked beyond her sister. "Get away from the edge."
"I’m fine." Brooke leaned forward. "The rocks look like a giant’s teeth. Come see."
"I can’t."
Brooke laughed. "Chicken."
"Something dreadful happened here."
"And I thought I was the one with the imagination and you were the logical one." Brooke spun around. "I love this place. Do you think Aunt Willow will leave it to us? She doesn’t have kids."
"I don’t..." Willow had turned away. She hadn’t been able to say she didn’t want Indian’s Sorrow. The land had been in the family forever and something bound her to this place.


That night she’d dreamed. Terror had slid insidious fingers of fear into her sleep. When the summer had ended, she’d been happy to go home.

BUY MARK
http://bookswelove.net/authors/walters-janet-lane-romance-fantasy-suspense-medical/
Posted by Janet Lane Walters at 7:14 AM

I wonder what was strong enough to draw her back to a place that clearly terrifies her.

Great line: Terror had slid insidious fingers of fear into her sleep.

What triggered the dream? That's one way to head down the rabbit hole.