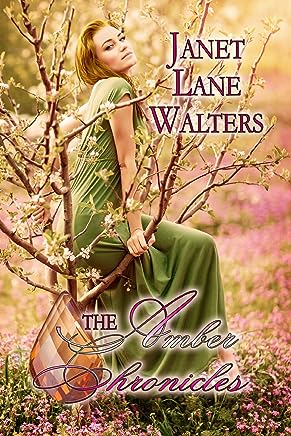 Join the authors @MFRWHooks here  http://mfrwbookhooks.blogspot.com  and find some interesting books to read. Mine is a collection of fantasy romances

Amber Chronicles Collection: Emme, a witch and the heir to the throne of the world called Amber is banished from her home to find love. She believes she can command a man to love her but this does not work. Angry at being told no by the crown prince of Rivand she casts a spell on the Riva family. Every hundred years when the moon is full at the summer solstice she will call the crown prince. If he refuses to cede his love to her he will enter the amber orb and vanish. Four times she fails and the princes find adventure on other worlds. One turns an enchanted amber dragon into a princess. The second is imprisoned in an amber tower and must select a bride. The third must free the heroine from an amber cage. Emme slowly learns her lesson and returns to spend her childhood with the fourth prince. Hoping knowing each other will help. She has fallen in love with the crown prince and enters the amber orb in his place. Can Emme who is Cast in Amber be freed and gain the love she has sought for all those years?
Reviews:
FOUR STARS! The witch's curse of zapping princes into an amber orb is one of my favorites. This story is the fate of the very first prince. It reads much like a fairy tale, where at least one moral is to be learned. An enchanting fantasy. **** Detra Fitch

Soldar pointed to an alcove. As soon as they were inside he waved his hand. Neither sound nor sight could penetrate the barrier he’d raised. “And so the last eligible prince has failed the test.”
Ludena nodded. “I fear so.”
“I saw the demonstration. At least she only drained her sister.”
“Again she showed restraint so she did not fail.”
“Nor did she pass. We must send her forth as your parents dismissed you and pray she finds love before our days end.”
Ludena sighed. “There are centuries ahead of us. Though anger rules her now I believe Emme will conquer anger, envy and jealousy. She will find her mate.”
“I pray you are right.” Soldar took her hand in his. “When do we do the deed?”
“As soon as possible. She must not have time to think or plan. Right now she’s in the basement of her tower.”
Soldar took his spouse’s hand and dismissed the barrier. While music played and the newly betrothed couple danced, Ludena and Soldar strolled the edge of the ball room until they reached the entrance to the throne room.
Light sparkled on the walls of amber. A pair of thrones carved from the gem appeared to be formed from crystalline honey streaked with ruddy tones.
Ludena paused to remove a tear shaped orb from a display niche. She sent her daughter a message and clasped Soldar’s hand. Her own time away from the world called Amber had been worth every lesson she had learned. Would Emme feel the same?
Soldar cleared his throat. “I feel your pain.”
And he did. She also felt his. “The lessons must be learned. Mine brought me you and your love. Until she learns she is unfit to take my place on the amber throne.”
Soldar smiled. “She must not rule alone She is our daughter. Have faith and pray for her safe return. There are centuries ahead of us.”
“So we call and she must answer.” She placed her hand palm up on the arm of her chair. His palm covered hers. “Emme, come.”

Emme felt the call in every cell of her body. Resisting made every inch of her skin itch. The call spread to her muscles and they burned. Her bones ached. With tears dripping down her face, she fought until her head throbbed. If she didn’t’ move she feared the center where her powers lodged would ravel. Would the end of her being a witch be her punishment?
She rose and made her way along the dark tunnel using her fingertips to guide her path through the unlit area.
When she reached the stairs the pain eased though she moved like a wizened crone.  Steadily she made her way to the throne room where her parents waited. The moment she knelt before the pair the remnants of the pain vanished. Anger pounded as steadily as the beating of her heart.
Emma raised her head. “I did what I needed to do. He chose her when he should have been mine.”
Ludena nodded. “He was defective. Like the three before him he chose your sister for her weaker power. If you had searched his mind the way you should have you would have seen and rejected him allowing us to summon another.”
“There were no more.”
“Not here.”
“He was my last chance for love. There will never be a man who loves me.”
Soldar rested his hands on his thighs. “You are our oldest. In you the power to maintain the world is strong. You are the heir but you let envy, jealousy and anger rule.”
Emme started to rise but her father gestured her to remain on her knees. "So this world called Amber will die when you and mother fade. What about the people?”
“As yet they are no concern of yours,” Ludena said. “The punishment for what you have done is banishment. There are lessons you must learn and we send you to a place where they may be learned.”
“You must conquer your anger,” Soldar said. “Anger has been your downfall. Arrogance is another fault. You must learn to give and not to take. You must realize the meaning of duty.”
He was right. Emme knew she had used anger as a way of dealing with her sisters. Anger was her friend and how she acted. How could someone change their nature?
Ludena nodded. “You embrace envy and jealousy as though they were your chosen companions. Such emotions do not a good ruler make.”


Her father nodded in agreement. “So we must send you away until you learn.”

Format: Kindle Edition
JLW has written another winner. Her talent for world building has made her a favorite in the fantasy field. Strong characters draw you in and don't let go until the last page

Posted by Janet Lane Walters at 7:00 AM