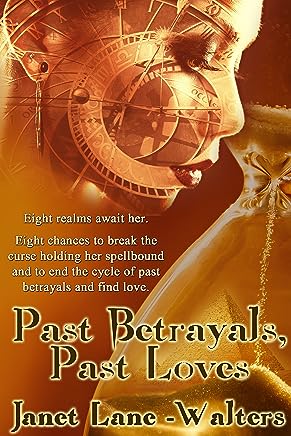 Join the writers at #MFRWHooks here http://mfrwbookhooks.blogspot.com  for some great excerpts. Mine is a reincarnation story of lovers coming together to face disaster time and again until they can love freely.

Blurb:
A curse sends Astrid on a journey to ancient lands. She meets deceit and betrayal searching for true love and to break the curse. The search begins in Egypt. When she touches an ancient Egyptian necklace she is hurtled through time into the turbulent life of another woman. She discovers the words spoken in anger holding her spirit captive. Seven more times she finds a piece of jewelry and returns to a distant past. In each of these lives she encounters and falls in love with a man who seems to be someone recently met in her present as do the enemy man and woman. The heat between Astrid and Duncan is instant and becomes incandescent. Her dislike of two characters grows. Eight realms await her. Eight chances break the curse holding her spellbound and to end the cycle of past betrayals and find love. Eight chances to foil the evil man and woman who follow her and Duncan from era to era.

In her rush to reach the ringing telephone, Astrid Logan nearly sprawled on the suitcases she'd left in the apartment hallway. She grabbed the receiver on the seventh ring. A deep voice spoke her name and her heart thudded in her chest. "Clive?" Had something happened to her father? Was there a problem at Antiquities?
"Been trying to reach you for hours. Where have you been?"
Astrid sucked in a breath. "Dad knows how to reach me at school." She sank to the floor. "What's wrong with him?"
"He's had a stroke."
"How is he?"
"Doctor believes he'll recover completely, but he'll need time in rehab."
"When did this happen and where?"
"This morning at the gallery. We were discussing the placement of several new pieces. He groaned and collapsed. Ambulance arrived maybe fifteen minutes later."
Astrid frowned. What was he holding back? Her father liked and trusted his younger assistant, but for no reason she could discover, Clive had always made her edgy. "Did they do tests?"
"CAT Scan. Then they gave him some kind of special IV. Guess this will make you change your summer plans."
"Why should it?" Clive had been her father's assistant at the gallery for a year and a half. He knew she spent every summer at Antiquities.
"Then you're really not coming."
"What are you talking about? I had planned to drive down tomorrow." Since she'd turned twelve, she'd spent every summer at the shop with her dad. In sixteen years, she knew as much about the shop as her father.
"Thought your dad said you wouldn't be here. Never mind. It's just ... I was going to move into his apartment."
"Why?"
"To keep an eye on the gallery."
Astrid frowned. That didn't make sense. The thirty-year-old playboy had an expensive co-op on the river. "Isn't there a sophisticated alarm system?"
"Alarms can be by-passed."
"Are there problems?"
"In a way. A few pieces have gone missing and your dad won't hear of calling the police."
"I see." She didn't, but once she was sure her father was recovering, she intended to check.
"When are you coming?"

Dialogue is great. Sounds like a couple of people I know.

I love the situation and the possible mysteries about theft and about Clive's motives and his lack of understanding of her plans.

Sounds like a great time travel romance. Astrid really has her work cut out for her. :)

Love this line in the blurb: The heat between Astrid and Duncan is instant and becomes incandescent. Very intense. Astrid sounds like the kind of character I like to read.
JQ Rose