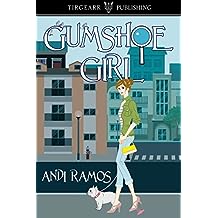 Blurb:
Sheagan O’Hare got more than she bargained for when her newly inherited detective agency lands its first case; a missing person, embezzlement, and murder. Sheagan’s out to prove she can hang with the pro's, despite the constant reminder of her amateur status from an annoyingly attractive FBI agent, Colin 'Mac' MacEvine, who’s forced himself into her life.

How does she feel when an old high school friend hopes to ignite a new romance?

Will she be able to discover if detective work and love can mingle before someone gets hurt?

Sheagan made a split-second decision to head back to Kinney, Kelley, and Wellstood. It was a long shot, but she felt she had to move on it since there was nothing else to go on.
It was past business hours by the time she parked. She tried the door; it was locked. She peered through the window and saw Ernie collecting his things, so she knocked and watched him shuffle to the door.
“Hi Ernie," Sheagan said, as he unlocked the door.
“Little Miss, are you back so soon?”
“I forgot something upstairs this morning.”
“They are just about closed up. Most everybody is gone. I was just leaving myself.”
“I’ll just be a minute,” Sheagan charmed.
“You promise you won’t be long now?”
“I promise.”
He nodded. “Okay.” He stepped aside and let her in. Ernie looked tired.
“Long day?” she asked.
“They get longer every day.” He managed a weary smile.
She nodded sympathetically and made her quickly way to the elevator, dreading what to say to the receptionist. The doors dinged opened, and Sheagan peeked out from inside the elevator. She didn’t see anyone. Perfect!
She slipped out of the elevator and crept around the corner, then eased her way back to Mary’s cubicle and breathed a sigh of relief as she shook the first file cabinet drawer open. It was full. She took a photo so that she could investigate any company names later, and did the same with the second and third drawers. The fourth was full of office supplies – a box of staples, and full boxes of paper clips, pens, Scotch tape, and more sticky notepads.
She turned her attention to the second file cabinet. It was the same arrangement as the first, with files in the first three drawers. She opened the last drawer, thinking it would also house supplies, but was surprised to see a picture of Mary’s husband and a small, fabric printed handbag.
Sheagan heard a loud voice come from the conference room. She felt a knot in her stomach and slipped the purse on her shoulder, concealing it as best she could with the thick strap of her bag.
The voice grew louder, and there was heavy banging, like someone was pounding on a desk. Nerves got the best of her and Sheagan ducked out of the cubicle and crept down the hallway towards the reception area. Just as she rounded the corner, she crashed into the cleaner, Lewis. A hot chill ran up her spine as he grabbed her shoulders.