Join the authors at #MFRWHooks here   http://mfrwbookhooks.blogspot.com for some great excerpts. Mine features Melodic Dreams and a father learns about his son

BLURB:
When Maria and a child she says is his arrives on Jay’s doorsteps, he is in the middle of composing a musical. Though the four year old has his eyes, Jay can’t be sure this isn’t a scam. He believes his dead wife took steps to rid herself of the child. A need for his assistance to help with childcare while she works is Maria’s reason for arriving in Fern Lake. She also believes her nephew should know his father. Can Jay accept and learn to love his child and deal with the attraction to a woman who physically looks like his dead wife? Can Maria deal with his trust issues and a threat from her own family? 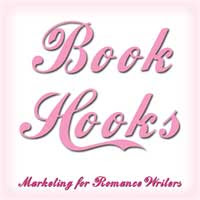 Maria drew a deep breath. Inside, she quivered with tension she refused to allow to show. She must succeed.
Enough dawdling. There was a man she needed to see. Her gut clenched.
“Jamie, put your toys away. We’re going to see your father.” And pray the man agrees to pay for Jamie’s pre-school while she worked. Two weeks from today, she started at the local hospital as an occupational therapist.
“Will he like me?” Jamie asked.
She hated the worry in the boy’s voice and in his brilliant green eyes. She ruffled his dark curls. “What’s not to like?”
“He never came to see me.”
Maria sucked in a breath. She could have tried to locate the man years ago, but her mother had been adamantly opposed. “He didn’t know about you. Nana didn’t know his last name.” Maria brushed hair from her face. They could have learned. She couldn’t tell Jamie about his grandmother’s anger. Guilt curled in her thoughts.
Jamie looked up. “How did you know?”
“When we were packing to sell Nana’s house, I found some papers in a suitcase your mama left. I saw his name and looked for him.”
Jamie nodded. “Uncle Carlo said my mama runned away ‘cause my dad was mean.” His eyes widened.
She put her fingers on his lips. “What does Uncle Carlo know?”
“Just TV and beer.”
Maria popped toys in her huge bag and walked to the door. They rode the elevator to the semi-enclosed parking area and her battered ten year old blue sedan. She fastened Jamie into his booster seat.
Twenty minutes later with only one wrong turn, she pulled into the U-shaped driveway leading to a huge house at the top of the rise. She rehearsed what she planned to say when she saw Jamie’s father. She swallowed against a lump in her throat. How would he react when she handed him the folder with her reasons for being in ?
“Is that the house?” Jamie pointed up the hill. “Looks like a castle.”
She agreed. The gray stone building rose three stories above the ground. Shrubbery lined both sides of the driveway. She turned in her seat and winked at her nephew. “Maybe we’ll meet a prince.” Or an ogre, she added silently.
“Don’t want to stay here. Want to live with you.”
His voice was shrill with fear that she needed to change. She touched his hand. “You will. I’m your guardian.” Except for the widened emerald green eyes, he looked like his mother without her selfish nature. “We need your dad’s help to pay for your pre-school while I work.”
Maria hoped for more than financial aid but she couldn’t tell Jamie she wanted his father in his life. Jamie needed a man, someone more honorable than her brother. She wanted Jay Lockley to spend time with his son. She’d always thought not looking for him had been unfair but she’d been unable to fight her mother and start a search in the days after the accident. Then, college had absorbed her time. Would the man understand?


Maria sighed. If Jay Lockley spent time with Jamie, she could focus on her new career. Was she selfish to want time for herself? Since her sister’s death, Jamie had been her responsibility. And her joy. Though her mother had watched her grandson while Maria attended college and worked, most of her spare time had been spent with the child.

Posted by Janet Lane Walters at 8:30 AM

I love the twist on the secret baby trope. You have wonderful conflicts going!

Janet, this book sounds totally wonderful! And it has a great twist. This sounds like a book I would like!

Excellent setup! You've subtly set the scene for a very interesting 'reunion' between son and father. I wonder if he even knows the boy exists?

Love secret baby stories. Thanks for the excerpt!

Excellent set up. Several possible conflicts and does the father even know the child exists. nicely done. Thanks for the wonderful excerpt!