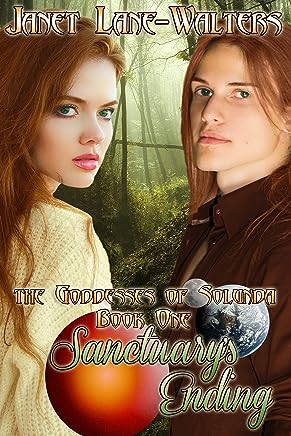 Join the authors at #MFRWHooks here  http://mfrwbookhooks.blogspot.com for some great reads. Mins is found at http://wwweclecticwriter.blogspot.com and is a fantasy

BLURB:
In the beginning the goddesses Sola and Luna shone on their sister bringing forth all life. Erda grew rich and fat and the people loved the Three. Some began to lust for the treasures buried beneath Erda’s skin. She offered them freely but men began to dig and plunder her riches. Sola and Luna hated what they saw. With floods, winds, fires and earthquakes they punished the children Erda had raised.
For five hundred years has passed since a group of the goddesses followers retreated behind the Gap. Almost twenty years ago, five children were born. They were tested for gifts of the goddess and to enter training. One became a Healer, one a Singer, one a Sensitive and one an Elder. David’s test was conducted by a Teacher who hated him and he was assigned to the lowest class and became a shepherd. Though he accepts this, he is angry especially when some of the talents begin to emerge. He has healed animals and can sense the emotions of others. The five had always talked about leaving the sanctuary.
On the evening of the spring equinox, the four are to be inducted into their specialties. The Elder trainee among them has plans to leave. He invites David to join them. David’s enemy offers to accompany them and is given permission. What will they find when they enter the world? A Seer gives a forewarning. Of the six only four will return. Who will be left behind and why? Can David prove he has at least a touch of all of the talents?

Five hundred years ago, chaos reigned in the land. From the followers of the goddesses, Sola, Luna and Erda, a group of believers were called. They retreated to a hidden valley in the mountains. The goddesses ordered them to form a community and wait for a call to return to the outer world. A narrow pass over the mountain called the Gap guarded the place they people called Sanctuary.
During their isolation talents arose. Some became Healers and were able to treat and diagnose illness by touch. Sensitives who could read the emotions of others and on occasion read or send thoughts were born. Singers of great power who with their voices could guide and direct others arose. Elders appeared and they could lead and use the voice of command. Teachers who held traces of all the talents and who could tell if a child bore a talent. Of those with the talents there were no more than ten to twenty who bore each gift. Once there had been talented called Seers but there had been no one with a touch of more than one talent for more than twenty years.
The remaining people were commoners. They were divided into four groups. Caretakers cared for the running of the town and those with gifts. Rangers guarded the boundaries of the valley and the slopes. The farmers cared for the land. The herders tended the animals. Many of the commoners prayed one of their children would show a talent.
As the years passed hierarchies developed. The Elders became the rulers. Of the ones gifted as Teachers, there were seldom more than one and during some generations none.
Twice the call to return to the world was heard. Each time the Elders found a way to prevent the dispersal and to keep the number of the community to less than fifteen hundred commoners.

Buy Mark
http://bookswelove.net/authors/walters-janet-lane-romance-fantasy-suspense-medical/
Posted by Janet Lane Walters at 7:05 AM

Nice depiction of how a rigid class structure came to exist.