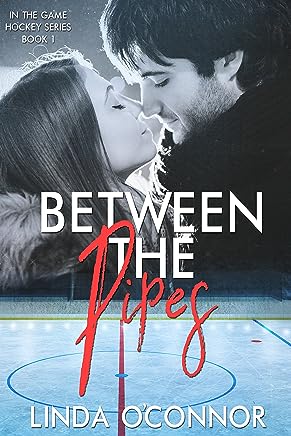 You never know where your words will take you…
When Mikaela Finn agreed to be Sam’s “fiancée” for a weekend, she probably should have told him that she’s a doctor. Sam O’Brien, aka “Dr. Eye Candy,” is trying to shed his playboy reputation and convince a small town hospital that he’s ready to settle down.  But when his “fiancée” helps deliver a baby in the middle of the meet and greet, it’s a bit of a shock. If he’d known the whole truth, he might have done things a little differently because somehow his “fiancée” ends up stealing his job and his heart. Not exactly the change he wanted. Lies and deceit – it’s a match made in heaven!

Between the Pipes (In the Game Hockey Series, Book 1)
Medical Sports Romance

Sarah Jain is a family doctor in a hockey-crazy town. She hates hockey. She hasn’t gone anywhere near a rink in years, until her friend, the team doctor, calls in a favour. Mike Wallace is the starting goalie for the Clarington Quakes, the local professional hockey team. He’s not about to let an injury slow him down or a rookie doctor call the shots.

Sarah and Mike don’t respect each other’s jobs. When they have to work together, sparks fly and ice melts. Can they play a game they both can win?

Time for the Doctor: A Copper Mills Novella
Visit Copper Mills, Arizona - a small town with a heart as big as the wide-open spaces and a history of making dreams come true.

Dr. Tash Bannon, the only internist at Copper Mills General Hospital, is a workaholic. After a couple of patient complaints, the board of directors realizes Tash needs a break and “suggests” he take a three-month vacation.

Dr. Melissa Sinclair is a single mom, and her adopted son comes first in her life. She’s used to the hustle of a big city hospital but takes the job replacing Tash hoping to expose her son to his Hopi ancestry during their time in Copper Mills.

Tash resents having to take time off – and has an even harder time staying away now that Melissa is around – but which is more important: his job or Melissa?

Make time for the doctor…especially if she’s the love of your life.