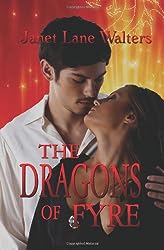 The excerpt is PG. The book is spicy.

Visit my site and then go on to visit the sites of the other great authors who are joining me on this blog tour.
Here is the spot   http://mfrwbookhooks.blogspot.com

After escaping from the temple of Fyre, Drakon returns to his home to find only two people and a yellow dragon. He and the Old One learn as much as they can about the land at present. The lord of Sea Cliff Tower has gathered the remaining dragons at his keep. On learning the High Peaks Tower’s red dragon is with egg they arrange her escape and rescue her eggs. Now they must find a way to defeat their enemy and return the dragons to the other towers.Arana, sold by the temple priestesses to the slavers is bought by the lord of High Tower and made a part of the family. Before they are able to adopt her the lord of Sea Cliff Tower invades and destroys the family, taking her and her friend prisoner. Drakon is sold. Arana because she can speak to the dragons is made a slave care-giver. She saves a green egg and raises the green dragon. After helping the High Peaks Tower’s red dragon escape she is in danger and must find a way to escape. Her attempt to ride the green dragon succeeds and she arrives injured and ill. Once she recovers she and Drakon attempt to find a way to rescue the other dragons of Fyre.

Drakon halted his horse at the end of the pass and stared at the collection of houses and the fields beyond. Last night he and his companion had ridded well past moonrise so they could reach the village this morning. Fall had arrived. Reds, yellows and oranges blazed across the hills.
Why had this village remained untouched? Ten years ago, the lord of Sea Cliff had attacked and ravaged the villages closest to the tower. Of the three settlements sworn to only this one remained. The answer had to be treachery.  Drakon wondered if he would learn the names of the traitors.
*You will not,* the Old One said. *They are dead.*
Drakon tightened his hold on the reins. Every time the ancient yellow dragon spoke to him, he felt warmth and delight. Years ago, his inability to speak to the dragons had doomed him to ten years as a slave.* I wish they were alive so I could see to their punishment. Their treason made me Lagon’s prisoner and a thing to be sold to the priestesses.*
*Better a slave than living under the evil one’s control the way the heirs of the other towers do.*
A year had passed since Drakon’s escape from the . Though he had sworn to see the man died, the lord of remained alive. A need for vengeance invaded Drakon’s thoughts. His family, his near kin and innocent villagers had been slaughtered on that dreadful day.
*Patience,* the Old One said.
“Behold the lush growth of the fields.” His companion drew his steed to Drakon’s side. “Look at the height and fullness of the fyrethorns. The harvest will be abundant.” He raked his fingers through his gray-tinged brown hair.
Drakon shook his head. “I see but do we need all this for one dragon?”
Radlan shrugged. “Who are we to cry about good fortune? There are few dragons in the land. From what I have heard there are five pair at Sea Cliff and none at the other three towers.”
Drakon’s jaw clenched. His desire for revenge flared anew. If only there was a way to defeat Lagon and free the dragons.
*Have faith. There will be more dragons at our tower.*


Some of Drakon’s tension ebbed. *First patience and now faith. I’ll try. Before I gain those virtues, there’s a harvest to be completed.* He prodded the steed with his heels and the horse trotted down the trail into the village.

Posted by Janet Lane Walters at 6:55 AM

I want to see a field of fyrethorns. What do they look like? Very nice excerpt.

Moral - always have faith in dragons.


I love dragons. This sounds exciting!

A story with dragons has to be good - love the excerpt.