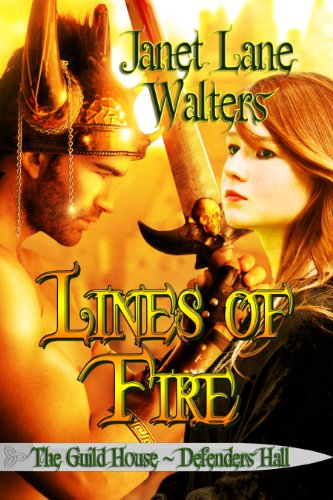 Join the authors at #MFRWHooks here  http://mfrwbookhooks.blogspot.com  forsome great excerpts. Mineis a fantasy romance and features in a way my take on vampires. The second book in this trilogy is available soon.

Blurb:
To honor a promise made to his dying father, Alric trains as a Defender. For some reason the Swordmaster wishes him gone and his first two bondings end in failure. A failed third one will see Alric banished. His meeting with the older daughter of the Swordmaster reveals a double heart bond, but she has been promised to Petan, the Swordmaster’s favorite. A duel is fought and though Alric can read Petan’s lines of fire, the other dueler cheats and nearly kills Alric. Petan is banished but he knows secret ways into Defenders Hall. Kalia, his now bondmate’s lines are tarnished. Not only do Alric and Kalia need to find Petan, they must learn how to cleanse her lines.

The challenge match had lasted longer than Alric thought possible. His opponent, one of the desert riders, had been chosen by his clan for the duel. Only one man could win. If Alric bested the other fighter, the local farmers would be spared raids on their crops and herds by the nomad band comprised of rebels against the laws of Investia. If he lost the raids would continue until another patrol arrived. Alric concentrated on the lines of fire flowing over the other man’s skin.
The younger man was agile and talented with the sword and knife. His hair, bleached by the sun, shone red-gold in the morning light. The lines flowed in changing scarlet patterns over his arms and bare chest.
Alric’s opponent’s quick responses to each move made him believe the young man read the lines, too. Someone had to make a mistake before they collapsed.
Sweat coated Alric’s skin. An occasional droplet stung his eyes and blurred his vision. The desert rider showed the same physical reactions. Exhaustion threatened Alric’s control. Then he found an opening. The lines of fire on the younger man’s sword hand faltered.
Alric lunged and caught the other sword sending the blade sailing through the air. He followed with a sweep of his leg. The desert rider sprawled on the ground. Alric pressed his knife against the man’s pulsing neck vein.
“Yield,” he demanded.
“Yielded.” The young man grinned. “Good fight. I’m Jens.”
“Alric.”
Jens turned to the gathered clansmen and the crowd of cheering farmers. “Trade is good unless you try to cheat. We have wool, silver, gold, some gemstones, herbs and spices. We need grain, produce, honey and beer.”
“Do you have salt among the spices?” a man asked.
“We do.”
Moments later someone tapped a keg of beer. Alric opted for a mug of water. Once the formalities ended he searched the crowd for his current bondmate. Before he found her, Jens beckoned. They drew apart from the celebrating clan and villagers.
“I gather you see the lines of fire,” Jens said.
Alric glanced around to make sure no one stood close enough to hear. “It is said only those who are heart bound can see them. Among the Defenders I do not speak of my ability to anyone other than those I trust.”
“Why? I have no bondmate and my friends know of my ability. That’s why I’m chosen for these duels. You’re my first loss.”
Alric moved further from the celebration. “Seeing the lines is one of the reasons our forefathers used the mists to come to this land. Sorcerers sought to use their talents for evil.”
“An old wives’ tale I’ve often heard from the elderly riders.”


“Perhaps. I’m a Defender as I promised my father I would become. I believe what he told me when I was growing up.”

Posted by Janet Lane Walters at 6:57 AM

Interesting gift to see such "lines." You have an inventive mind, Janet!

In my mind, I translate "lines of fire" to "lines of energy."

At least the fight ended with no hard feelings.

It's great how these two developed respect for their opponent through combat. One of your best snippets!

Sorry for the late response, been sick and playing catch up... All posts have been shared on Excerpts and promotions Facebook Page.
https://www.facebook.com/Excerpts.and.Promotions/