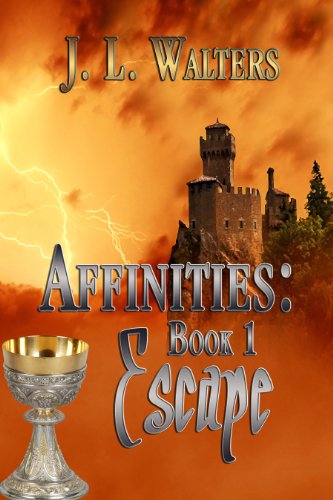 Escape is the first of the fantasy adventures I wrote for my grandchildren. At that time they were much younger and there were only four with three waiting in China for their parents. What began as a single book over the years became four.

Sent away from their home by their parents to protect them from trouble, two sets of halfling twins, Ashlea, Brandien, Jaydren and Kylandra search for mentors to teach them how to use their affinities. Each of these young teens has an affinity for one of the elements. Ash for Air, Bran for Water, Jay for Earth and Ky for Fire. During the escape, they face many problems forcing them to use their affinities by trial and error. They also meet Alizand, the son of the ruling prince of Wesren. Zand has an affinity for Fire and this will keep him from gaining the rule. Dom Senet, an advisor to his father, and once a friend of the quartet’s parents suspects Zand’s affinity. He wishes to corrupt the teen and use him to gain control of the four princedoms of the land and of the highlands. The evil dom has all four affinities. The four must reach a secret place and find teachers before the evil man discovers them.
Posted by Janet Lane Walters at 7:54 AM