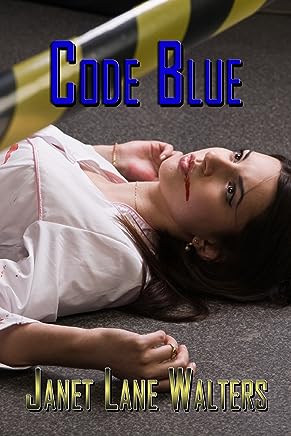 Join the writers at #MFRWHooks here http://mfrwbookhooks.blogspot.com  For some great reads and maybe some books to interest you. Mine is Code Blue a medical suspense with a few twists

BLURB:
In the medical suspense Code Blue by Janet Lane Walters, published by Books We Love and previously published as Obsessions, nurse Susan finds the body of the hospital’s “gossip queen” in the orthopedic storage room. She doesn’t realize this is the first of a series of murders involving her colleagues or that her life is in danger. She is a widow and is exploring a new romantic relationship that promises love but she fears the man she is falling for is as controlling as her dead husband. The arrival of courtship gifts, at first, seen as innocuous soon takes on a sinister note.


The clot of anger she had hidden from the other nurses loosened. The moment she saw the practical, Susan knew she would explode. Barbara had been away from the unit for more than an hour. Had she been the one to take the message about the admission? How typical of Barbara to leave without preparing the bed.
Susan pulled the sheets to the bottom of the bed. She lifted the foam mattress.
"I'll do that," Julie said. "Get the weights and stuff. Kit's calling around for Barbara."
"By the time she returns, the work will be done."
"Does that surprise you?" Julie asked. "You can always report her for being off the unit so long."
Susan sighed. She could, but would anything be done? The practical had been reported more times than the rest of the evening staff combined. She had never been warned let alone disciplined.
With quick steps, she headed for the storage room. To her surprise, the door was locked. "Why? Had Kit forgotten to open the door after the day shift left? Susan pulled the large ring of keys from her pocket. She unlocked the door and flipped on the lights.
The disorder made her groan. Why had the orthopedic cart been left in the middle of the room? The stench of urine assaulted her. Who had left a dirty bedpan behind?
The cart blocked the path to the shelves at the end of the room where most of the supplies she needed were stored. She pushed the cart toward the wall. The wheels caught on an obstacle. She tried a different angle with the same result. With a jerk, she yanked the cart toward the door and edged around it.
Her eyes widened. A harsh gasp escaped. "Barbara!" Guilt over her earlier anger warred with fear. She stepped closer. "Oh God!"
The streak of red on the practical's white uniform spoke of violence. Susan had seen death many times, but never like this. A soundless scream reverberated in her thoughts. Who had done this and why? She stared at Barbara's battered head and face and fought the need to flee.
Several minutes passed before the scattered hundred dollar bills registered. Susan blinked but the money remained. Who had given Barbara the money? Had it been her killer?
She inhaled. She had to do something. Like a robot programmed to perform a series of tasks, she knelt beside her co-worker. She pressed the bell of her stethoscope against Barbara's chest and stared at the sweep second hand on her watch. One minute passed. Then two. She heard nothing.
With a shudder, she rose. Questions fomented in her thoughts. The desire to bolt grew stronger. The clutter in the room impeded her escape. Step by step, she backed around the ortho cart. Three more steps took her into the hall. She held back the fear-generated sobs that threatened to burst free and hurried to the nurses' station.
There for stability, she grasped the counter of the U-shaped desk. She swallowed convulsively.
Kit held the phone to her ear. The two practicals sat at the long section of the desk. Trish lounged in the med room doorway. The mundane scene failed to erase the bizarre picture in the storage room.
"In...in..." The words emerged as a harsh whisper. She gulped a breath.
Julie stepped out of the semi-private room across from the desk. "What took you... Susan, what's wrong?"
"In...in..." Susan couldn't force her frozen tongue to form the words.
Trish strode across the green carpet. "You look like you've seen a ghost."
Susan cleared her throat. Her knees buckled. Only her grasp on the counter kept her erect. "In the storage room... Barbara..."

Reviews
This book kept me on edge from the first page to the last. Several times I just 'knew' I'd figured out who the killer was, but each time, there was a bit of doubt there until the very last paragraph! I highly recommend this book. 4 Stars (Excellent!)"--Tracie's Book Reviews by Kathy's Faves and Raves
"A series of murders, suspense, action, a tad of love makes OBSESSIONS an intriguing tale designed to mystify your mind. If you love mysteries, you'll love Janet Lane Walters newest release. 4 Stars!"--Just Views
"Fast-paced mainstream novel ... Walters plots carefully, each scene constructed to perfection. For readers who enjoy being terrified, this is an author to turn to for entertainment. She tells all, while managing to create paranoia among the characters."--Affaire de Coeur

Posted by Janet Lane Walters at 7:16 AM

Wow. You did a great job of including just enough details to paint the scene and convey her emotions.

What a tense, dramatic scene, great bit of writing!

(I made a goof when I registered this week and my link won't work. It should be https://www.hywelalyn.blogspot.com )