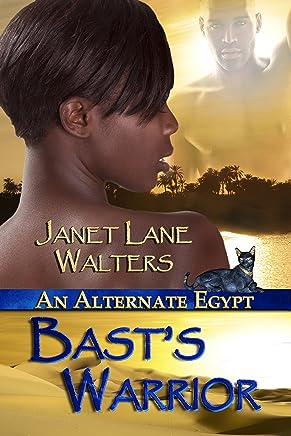 Tira flees a threat to her life and encounters two elderly women who offer her the chance to be sent to an alternate ancient Egypt with no thought of return. She has had a fascination with Egypt and can even read hieroglyphics. Once there she will be given a task. Failure could mean death. Dare she take the chance and can she find the lost symbols of the rule before an enemy finds them?
Kashe, son of the nomarch of Mero is in rebellion. His father desires him to join the priesthood of Aken Re, a foreign god. He feels he belongs to Horu, god of warriors and justice. He decides to leave home, meets Tira and joins her in the search for the symbols of the rule. Will his aid bring good fortune and will their growing love keep them from making a fatal mistake?
Previously published as The Warrior of Bast
"This engaging voyage into an ancient Egypt that includes power-hungry priests and hazardous treasure hunts entertains from page one. Familial intrigue heightens the tension, as does a kidnapping or two. The cast of characters is dynamic and complements the well-conceived plot." ~ 4 Stars, Susan Mobley, Romantic Times Magazine


I loved the book. The story was fascinating and well written. My only problem with the book was the editing - or, rather, the lack of it It was as if it had never been proofread, or perhaps only by a computer. There were many punctuation errors and several places where a word was used that caused the sentence to be nearly meaningless. Perhaps this is nitpicking, but it seriously interfered with a very interesting and well thought-out story. This said, I really liked the book and intend to read the others in the series. I just hope someone read through them before printing!