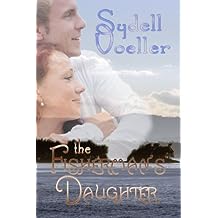 Psychology professor Vanessa Paris receives word that her father has disappeared from his fishing boat in Puget Sound and rushes to her childhood home in the San Juan Islands to try to help find him. Tragedy has been no stranger to Vanessa--years ago her mother died and more recently, her brother. The possibility of losing her father now is almost too much to bear.
But when Vanessa arrives at the family owned tourist lodge, she meets Lowell Maxwell, who offers to help her search for her father. Back in high school, Vanessa harbored a secret, unrequited crush on Lowell. Now, he's a tough, jaded cop on leave from L.A., working for her father as a carpenter on a temporary basis, and even more dangerously appealing.

Vanessa and Lowell are like sunshine and darkness. Despite her losses, she focuses on positive action and the good in people. Lowell, however, chases down the bad guys, flirts with danger, sometimes even death--and he's determined he'll soon return to the force in L.A.

Is there still a chance of finding Vanessa's father alive and well? Can she take a chance on loving Lowell, risking the possibility of his dying too? And what is the dark secret that has driven him back home, a secret that has convinced him there's no longer any room in his heart for love?

Sarah Pendleton, a first grade teacher in Portland, Oregon, feels duty-bound as she returns to her hometown of Mistletoe Valley--and to her conflicted past. While growing up in her small, rural community Sarah lived with her grandparents, who served their community well--especially her grandfather, a pastor. Yet Sarah despised being the “perfect preacher’s kid” in a small town where everyone knew everyone else’s business. Rebellious, she fell for a stereotypical “bad boy” during high school and after graduation, they married. When they learned she was pregnant, he left her for parts unknown. Unable to support the baby, Sarah gave her up for adoption, yet ever since, guilt has consumed her. She believes she doesn’t deserve to have a second chance at being a mother.

Now a decade later, she is the sole inheritor of her grandparents’ estate. She must decide whether to sell the property, or make the painful choice of staying in a town where folks remember her rebellious past.

She meets the strikingly handsome real estate agent Rich Stevens. He also works as a youth pastor at the church where her grandfather had served. Her attraction to Rich is immediate and powerful, but she’s faced with not one, but two prickly thorns: He is a grieving widower, and his 8-year-old daughter, Carly, is grieving too. He believes that there can never be another woman in his life, and he can succeed in raising his daughter alone.

Sarah grapples with her own push-pull feelings for Rich. Should she hire him to sell her grandparents’ property, knowing full well he’s more than just a business acquaintance to her? Should she stay in Mistletoe Valley, or go back to her job in Portland? The truth is, if she were to fall in love with him, a man of the collar, she’d be right back to where she started as a child—struggling in vain to live up to others’ expectations. Worse, Rich’s daughter, Carly, is the embodiment of the baby she left behind, and if Sarah allows herself to get too close to Carly, that would only complicate her feelings for Rich.
Can Sarah and Rich overcome their personal demons and making a lasting commitment to each other? Can the two of them—plus Carly--become a forever family?

Jessica Williams wishes she were anywhere other than her small town in Oregon. All the kids there are the same except for the few skateboarders her father cannot stand. Life is pretty dull for Jessica until Cam Easton moves into her neighborhood. But when Cam teaches Jessica how to skate, and her father runs for mayor of Preston, her involvement with the skaters poses a threat to her father's campaign. Can the skateboarders prove themselves worthy of the community's support? And most of all, can Jessica and Cam resolve their differences and discover the true meaning of love?