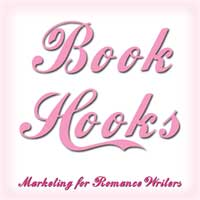 Join the authors at #MFRWHooks here http://mfrwbookhooks.blogspot.com  for some great excerpts. Mine is from the Cancer Capricorn connection a medical romance

She’s a Cancer and he’s a Capricorn. She has a secret she wants to keep but moments after they meet again, he realizes that her daughter is his, and he wants to be part of their life.Memories of the past and her hurt brings Cate’s old anger back to the surface but Rick realizes what a fool he was in his single-minded desire to follow his dream. He now has the medical degree he desired enough to set his love for Cate aside. His guilt and her anger clash as they try to find ways to show their daughter how much they love her.

Genre – Contemporary RomanceFirst Line: Cate Rollins stood in the sun-filled kitchen of the house she’d rented and opened another box.Review:Cate Rollins lost Rick Somers when he drove to the west coast after their high school graduation. She thought he loved her, but he never returned…until 9 years later.“Opposites” is a great descriptive word for Cate and Rick’s personalities. Ms. Lane Walters’ develops an excellent story-line between the two with even a few surprises. There’s more to Cate’s life than she knows and more to Rick’s than he knows – and when the two reconnect a firestorm shakes them both awake and rekindles the smolder. The story sends the reader into a battle of wills and will nots full of emotions from the past and the present, along with recreating tensions (sensual and anger issues).If you’re looking for a fast-paced, quick read, this is an entertaining story with a happy ending, and I look forward to reading another of this series.
Eileen Charbonneau
5.0 out of 5 stars Another great medical romance from Janet Lane Walters!
Reviewed in the United States on November 8, 2018
Cate returns to Eastlake with her young daughter, Maddie. She is there to take up the position as head of their new rehab centre. Newly arrived, and about to settle in her home, who should move in opposite but Rick, Maddie’s father, the man who left her without learning that she was pregnant, to pursue his personal dreams of becoming a top surgeon. Once he realises Maddie is his daughter he wants to become a father in all senses of the world. But, has he left it too late? Will the pair ever be able to reconcile their differences
EXCERPT

The rumble of a motorcycle clamped a vise on Cate’s shoulder muscles. She hated this conditioned reaction which occurred every time she heard a bike. In the city there’d been hundreds of these near panic attacks. She glanced at her friends and hoped they hadn’t noticed. Questions would follow and she had no intention of answering. She drew a deep breath. Her hands clenched. Her heart fluttered like the wings of a humming bird.

The image of a dark-haired, dark-eyed man leaped into her thoughts. He’d stolen her heart and tossed the discarded remains in the garage heap. Rick Somers had been the only male member of the Gang.

When the bike pulled into the driveway of a large house on the other side of the street, her vision blurred. How could she live in this house having to hear that sound night and day?

The rider dismounted and pulled off his helmet revealing dark curly hair. He turned and she knew his identity. She froze. He stared for a moment and then waved.

“Is that who I think it is?” Jenessa asked.

“Didn’t you believe me when I told you what Dad said?” Megan asked.

Cate jumped to her feet. She had to hide Maddie. She paused at the door and turned to look at her friends.

“Are you all right?” Liz asked.

“Yes…No…” She opened the door.

“Do you mind if we ask him what he’s doing here?” Jenessa asked.

With a nonchalant gesture, Cate waved her hand. She needed to be alone and to think about what this would mean to her and to her daughter. “Go ahead.”

“Are you coming?” Megan asked.

“I’ll pass.” Once the panic ebbed, anger rose. Had anyone known he was coming to ? Did he know the people who lived in that huge house across the street?

Megan, Jenessa and Lauren strolled across the street. They engaged Rick in animated

Your excerpt is cut off on the right, at least in my browser. Too bad, because this sounds like a great romance.

The right side is cut off, but I do love this line, very fresh writing: The rumble of a motorcycle clamped a vise on Cate’s shoulder muscle.

Good thing she's got friends to help her deal with the sudden reappearance in her life of an old lover.

As you know the right side is cut off so makes it hard to read, but I loved what I did read. It's going to be a tangle for her with him wanting back in her life and her daughters. Great set uu.