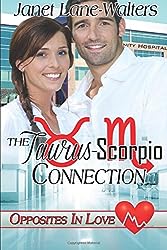 Join me with other MFRW Authors on a blog hop and discover some great books. Find Them Here   http://mfrwbookhooks.blogspot.com

BLURB:
Her mother was a hired nanny and her father the Mellwood Bank. This is the way Taurus Laurel Richmond describes her family. After burning out as a nurse with an international health agency, she returns to Eastlake, the one place she where she felt connected. She studied nursing here and made a number of friends. Her one problem is her wealth. Soon she will receive a fortune. But money hasn’t given her the things she wants, a home, a family and love. Since a chance visit after summer camp with a friend made there, her idea of a man to love has been Alex Carter.
Alex Carter is a Scorpio, a single dad with a five year old son. He’s a general practitioner at Eastlake Community Hospital. While attracted to Laurel, he has one problem. His ex and now dead wife had a lot of money and little sense. Drugs and her fast friends were her life. She abandoned their son who cried for hours until his father returned. Alex has no love for women with money. Attraction or not he refuses to admit he’s falling for Laurel.
With the help of Alex’s son, Laurel sets out to prove to Alex she’s in town for the long haul and she will make the perfect wife and mother.

Review: Janet Lane Walters has written a charming tale. As a child, Laurel Richmond was trapped in a car with her dead parents for hours. After losing them, Laurel's next of kin was a bank. Laurel hides her immense wealth, traveling internationally as a nurse, helping the sick. She decides to settle in Eastlake, a small community. She once summered with her friend Megan, developing a huge crush on Megan's brother, Alex, who is now a divorced doctor raising his young son Johnny. Alex is leary of wealth because his rich ex-wife had no time for him or Johnny, but Johnny takes to Laurel right away. The glimpses of a family life that Laurel experiences with Johnny and Alex leave her longing for her dreams to become reality. Can she get Alex to realize that money may bring power, but love offers peace?


The annoying ring of the phone interrupted a strange yet beautiful dream. Alex Carter groped for his cell and mumbled a greeting. Instead of the husky voice of the answering service, hearing his sister’s voice confused him. She spewed a stream of words with the force of a flash flood. “Megan, slow down. Do you know what time it is?”
“Six a.m. and I have to work and Lauren arrives this morning and I was supposed to meet her but I have to work and can’t go so do me a favor and go to the airport and be there by ten when her flight arrives.”
Alex pushed to a sitting position. “It’s Wednesday.”
“Very good.”
The sarcasm in her voice made him clench his teeth. “Brat.”
“I know you’re off and since I can’t go and neither can Jenessa, you have to and just think you can do this favor for me without rearranging your office hours. Were you planning something special with Johnny?”
“Noooo.” He dragged out his response. Who was Lauren?
“Please say you’ll go. When she called the other day I was so excited about her coming here I never thought about who would meet her.”
Convinced her non-stop to take a breath delivery wasn’t healthy, he interrupted her stream of words. “I’ll do it.”
“Great. See you.”
“Wait a minute," he shouted to gain her attention. “How will I know her?”
“Brown hair, brown eyes, tall, slender. She was here the summer Mom got sick. She roomed with Jenessa and me at Grantley.”
“My memories are vague.”
“Alzheimer’s so soon.”
”I’ll remember that.” Alex stretched. “Once I have her what will I do with her?” Megan’s giggle pressed a warning button. “No way, sister mine.”
“We’ll see.”
He imagined her cat in the cream smile. “Megan.”
“I’ll leave my key under the mat. Have her call the minute you arrive in town. See you.”
Alex held the receiver until he heard a dial tone. Why did he have the feeling Megan had just orchestrated a crescendo in his life? His sister had a habit of trying to match every unmarried acquaintance, friend or relative with someone. He shook his head. Being involved in one of her schemes was the last thing he wanted.

http://bookswelove.net/authors/walters-janet-lane-romance-fantasy-suspense-medical/
Posted by Janet Lane Walters at 6:44 AM

I wonder if Lauren is aware of her these schemes and what she thinks of possibly being set up with him.

Very cute beginning. Taurus and Scorpio is such a good match. My Taurus mom and Scorpio dad were married for 43 years. He was devastated when she died first.

Sounds like a sweet, fun story. Enjoyed the excerpt. :)