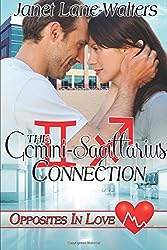 Join me along with other terrific writers as we present some bits of stories for you to read. My book is a medical romance. Click here:   http://mfrwbookhooks.blogspot.com

BLURB:
Gemini Liz seems to be following her sign. She's the mother of twin boys, she'd returned to Eastlake for the second time and she's taking her second position as a nurse manager. She feels moving from the city will be good for her sons who sometimes choose the wrong friends. What Liz doesn't want is a second husband. The death of her fireman husband made him a hero but devastated her life. She had to return to work and become a single mother. Fortunately her father-in-law has stepped in to care for the boys but he wants to retire to Florida. Though she's attracted to Jeff she wants to deny the attraction. Jeff is a Sagittarian who often suffers from the foot in mouth disease. His wife died years ago but she was the perfect wife and he has no desire to fall in love or marry again. As a neurosurgeon he sees Liz a lot since she is the nurse manager of the ortho/neuro unit at the hospital. He also wants to deny the attraction and finds it harder and harder. Can a pair of mischievous boys find a way to help their mother and the doctor find love again?

He handed her the chart. "Making calls to doctors when there's a question about an order or a patient's condition is standard procedure."
The girl nodded. "Yes, sir."
"By Monday you won't have to worry about Mrs. Forbes' rules. The new nurse manager will be here."
"If she stays. Mrs. Forbes says no one else wants the job."
Jeff frowned. Was Delores planning to blindside her replacement? Even if she succeeded, he'd see she wasn't given the position. He wheeled and left the unit. In the hall, he collided with his daughter.
"More gray hairs, Dad. You look ready to go on a rampage."
"Don't ask. Megan, why didn't you take the position as nurse manager on my unit?"
When she laughed her golden curls bounced. "Bad enough my big brother can order me around, but my father . . . . Please. So what happened?"
"Another incident, and this time it could have been serious."
"Your handwriting, I bet."
He shook his head. "No matter what it looks like, I didn't write the order."
"Why don't you print?"
"Don't be a smart mouth. Never learned how."
She put her hand on his arm. "Computers will solve the problem. You know most of the units are already using them? This one should be next."
"I don't have time to learn how to work one."
"That's right, you're ancient. Fifty-one in December." Her blue eyes sparkled with laughter. "They're simple. Just think, you could type your orders, and no one would complain. You wouldn't have to dictate reports or scrawl progress notes only you can read."
He shook his head. "Not sure handwriting's totally at fault. Why would a nurse manager forbid her staff to make outside calls?"
"To keep them from making personal calls on hospital time."
"Even to a doctor? One would have prevented the latest incident."
She frowned. "What are you saying?"
He shrugged. "Not sure yet. See you at dinner."
"Won't be there. The gang's helping Liz move in."
"Who's Liz?"

"The woman who's going to solve all your problems."The gleam in her eyes alarmed him. "Megan."
"Dad, she's the new nurse manager. We're helping her move into 's house."
"Why bought that house still puzzles me."
"To prove a point to my thick-headed brother." She turned. "Don't you remember Liz? She's one of the Grantley gang. You talked to her at 's housewarming."
Jeff frowned. He'd brought ice cream. There'd been a tall woman with long dark hair. They'd spoken for a few minutes. She'd seemed shy. "Was she at the wedding?"
Megan shook her head. "She had to work. Trust not to give her friends much lead time."
Suspicions leaped into his thoughts. "Is this woman married?"
"She's a single mother with nine-year-old twin sons. She was the oldest member of our group."
"I'll pass on the festivities." He met her gaze. Spare me from a matchmaking daughter. He refused to be her next victim. He'd spent eleven years running from women with marriage on their minds. He didn't need another wife. The one he'd had had been perfect.
"Your choice." Megan backed away.
"I'll give her time to settle in."
Megan laughed. "So you won't confront her 'til Monday afternoon." She turned to leave. "You're not the most patient of men. Just make sure you don't put your foot in your mouth."
He stared after her. What did she mean by that?
Posted by Janet Lane Walters at 6:25 AM