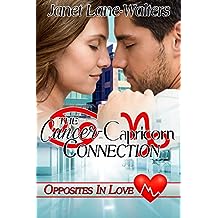 I'll be blog hopping here with some other great authors. http://mfrwbookhooks.blogspot.com
My book is a medical romance

BLURB:
She’s a Cancer and he’s a Capricorn. She has a secret she wants to keep but moments after they meet again, he realizes that her daughter is his, and he wants to be part of their life.
Memories of the past and her hurt brings Cate’s old anger back to the surface but Rick realizes what a fool he was in his single-minded desire to follow his dream. He now has the medical degree he desired enough to set his love for Cate aside. His guilt and her anger clash as they try to find ways to show their daughter how much they love her.

The rumble of a motorcycle clamped a vise on Cate’s shoulder muscles. Every time she heard a bike she hated this conditioned reaction. In the city there’d been hundreds of these near panic attacks. She glanced at her friends and hoped they hadn’t noticed. Questions would follow and she had no intention of answering. She drew a deep breath. Her hands clenched. Her heart fluttered like the wings of a humming bird.
The image of a dark-haired, dark-eyed man leaped into her thoughts. He’d stolen her heart and tossed the discarded remains in the garage heap. Rick Somers had been the only male member of the Gang.
When the bike pulled into the driveway of a large house on the other side of the street her vision blurred. How could she live in this house having to hear that sound night and day?
The rider dismounted and pulled off his helmet revealing dark curly hair. He turned and she knew his identity. She froze. He stared for a moment and then waved.
“Is that who I think it is?” Jenessa asked.
“Didn’t you believe me when I told you what Dad said?” Megan asked.
Cate jumped to her feet. She had to hide Maddie. She paused at the door and turned to look at her friends.
“Are you all right?” Liz asked.
“Yes…No…” She opened the door.
“Do you mind if we ask him what he’s doing here?” Jenessa asked.
With a nonchalant gesture Cate waved her hand. She needed to be alone and to think about what this would mean to her and to her daughter. “Go ahead.”
“Are you coming?” Megan asked.
“I’ll pass.” Once the panic ebbed anger rose. Had anyone known he was coming to ? Did he know the people who lived in that huge house across the street?
Megan, Jenessa and Lauren strolled across the street. They engaged Rick in animated conversation.
Cate faced Liz. “Did you know?”
The older woman nodded. “I did and probably Megan did too but I had no idea he would be living near Lauren’s house. Had I known, I would have warned you.”
Cate drew a calming breath. "Which unit will be his?” With luck she could avoid him.
“He’s no longer a nurse. He’s an orthopedic surgeon.”
“So he found a med school,” she said. “Looks like I won’t be able to avoid him.”
Liz nodded. “He’ll be a regular on my unit. I’ll let him know he’s not to annoy you.”
As if that would stop him. “I’ll be cool.” At least she hoped she could contain the bubbling anger.
“What are you going to tell Maddie?”
“Only what I’ve already said. That her father disappeared and I thought he was dead.” She recalled the nights when she had envisioned an accident with his bike. Those thoughts hadn’t abated her anger and hurt. She still prayed for indifference.
“What happened back then? You both seemed so in love. Did you quarrel about the pregnancy?”
Cate shook her head. “He didn’t know. I only learned the morning of graduation. I told him we needed to talk but when I went to find him he was gone.” She bit her lip to keep from crying as hurt and sorrow from the past welled in her thoughts. In a flash the desire for tears vanished and anger bubbled to the surface.
“Are you going to tell him?”
Cate stared at her hands. “Why should I? He doesn’t deserve to know.” She looked away. As if anyone seeing her daughter could fail to recognize the identity of the child’s father.
“What about Maddie? She might want a father.”
“She hasn’t missed having one. Sometimes she asks a question and I tell her I don’t know. I didn’t miss having one.” The few times she’d asked her mother about her father the bitter rants had made her resent the man she’d never met.
“Liz, Cate,” Megan called.


“You go.” Cate gathered the pitcher and glasses and carried the inside. She loaded the dishwasher and slumped into a chair at the kitchen table. She had no idea how to handle this new problem.


Posted by Janet Lane Walters at 6:27 AM

So Cate didn't have a father either. That makes the whole situation a lot more difficult for her, I think.

The line about her slumping in the chair - perfect reaction for her - an overwhelming problem.

This Lisa Lowe I am taking Kayelle Allen's place while she on vacation. I have posted your book to social media. You wrote a challenging dilemma ma for your story. I can feel the powerful emotion. Well Done!

I loved your opening paragraph, describing how she reacted to the sound of a motorcycle. The story premise is a recipe for disaster -- i.e., it's a great story idea.