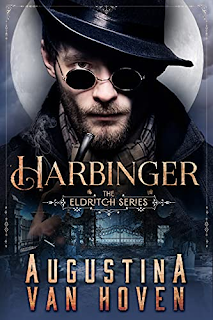 On All Hallows’ Eve, the barrier between the living and the dead is thinnest.

Nicholas Harwood has inherited an unusual job—keeping the dead quiet. For several nights before All Hallows’ Eve, he pours a potion derived from a family recipe on the graves of the late residents of Dante’s Hollow to keep the dead from walking. So far, he’s been successful. But something—in addition to snow—is in the wind, and he can’t stop it alone. Nicholas and his unlikely group of companions—a druid sorcerer, a witch, and a ghost or two—are locked in a power struggle with rogue supernatural powers intent on unleashing great evil.

Can a person learn to live and love again?

A single moment changed Jessica Winters’ life forever… a drunken driver crossed over the centerline and stole the lives of her husband and her little boy. Now, she is trying to find meaning in her life, and she has immersed herself into the world of journalism. While on her way to cover a story, she swerves to miss a deer, and loses control of her car.

When she awakens, everything has changed—even the century.

Captain Harlan Jefferson Baylor had found Jessica, unconscious and, to his eye, half-dressed, and he had taken her to the only person he thought would offer help: the local madam. But he’s intrigued by her, and it’s the first time that’s happened since his wife and child died during the Civil War.

With Harley’s help, Jessica must piece together a new life in the rough, antiquated town. She soon realizes that he not only holds the key to her return to her former life, but he may also hold the key to her heart.

They'll risk everything for each other...

Lily Montgomery is finding refuge from her vicious divorce and constant self-loathing by writing about the monsters who inhabit her dreams. But then, when she’s rescued by a vampire, she discovers that her monsters are real. Not only that, she’s being pursued by shapeshifters who fear she’ll reveal their secret to humans. Her rescuer is the only constant in her now chaotic world. And, to Lily's surprise, she fears more for her heart than she does for her life when she’s around him.

Valerian DuCharme is an unusual vampire. Although he’s an enforcer for one of the houses of The Hidden, he's welcomed by the principled everywhere for his charisma, his caring, and his powers. Valerian lost his true love when he was turned, and his heart has been encased in ice for hundreds of years. Until he meets Lily. And he warms to her charms. But his job is to keep Lily safe. Can he do that and love her, as well?