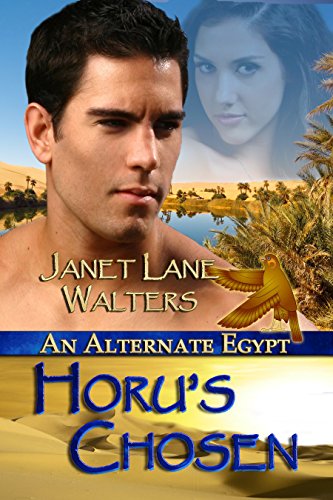 Seth, an undercover cop has been betrayed by his handler. To escape he calls a number on a flyer and is transported to an ancient Egypt he doesn’t understand. He must rescue the Daughter from the evil priests of Aken Re.
Merin is the Daughter. She must find the man who by wedding her will become Pharaoh. She plots to escape the priests of Aken Re and flee to those who years ago saved her life.
Can Seth and Merin find a way to defeat the priests? Is love the answer to their problems? Can they join with the Warrior of Bast and of Horu to bring unity to the Two Lands?
RT Review
Following on the heels of The Warrior of Bast, this story is filled with magic and fascinating characters. Those interested in ancient Egypt will find this an enthralling tale. A satisfying ending is presented for the hero and heroine, with a promising lead-in to the next story.

Buy Mark
http://bookswelove.net/walters-janet-lane/
Posted by Janet Lane Walters at 7:56 AM