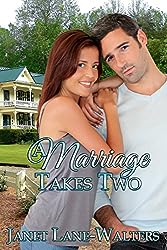 Join the other riters who are on this blog hop .. Good reads ahead  http://mfrwbookhooks.blogspot.com

BLURB:
This is medieval.” That’s Carrie’s response to the reading of her grandfather’s will. The money will allow her to provide for her ill mother and give her the chance to give up one of her full time jobs as a nurse. The money won’t be hers until she marries. This creates a dilemma. She has no time for dating and doesn’t know who would marry her until she thinks of her former best friend, Tony. But can she ask him? Two months later time is running out and she decides to take the plunge.
Three years ago, Tony and his wife divorced. Last year he obtained custody or their child. When Carrie asks him to marry her he decides since this won’t be a real marriage, he can accept. Years ago, he loved Carrie but never said anything to her. Now burned, he doesn’t believe in love. To help her uncomplicate her life he agrees.
Can Tony and Carrie get past the reason for the marriage and find love and make a home for his son?

Two hours of pep talks, a dozen whispered mantras, and five sets of calming breaths, failed to settle Carrie Graham’s acute case of nerves. Get a grip, she told herself. She was going to see Tony, childhood defender, teenage ego booster, and the one person who’d always listened. Besides, she’d already eliminated every other candidate for the position.

Who are you kidding?

From the moment she’d been presented with her current dilemma, he was the only possibility. All she had to do was convince him… But could she?  Sure Tony listened, but he didn’t talk about his problems, or his feelings.

The fading light of dusk made her slow the car in order to read the street signs. She’d planned to leave the apartment at noon, but the short nap after her night shift stretched until late afternoon.
She made the final turn into in a small town established in the days when coal mining dominated the area. She shook her head. Rundown houses and boarded storefronts were the norm along the town’s main street. Why was Tony practicing medicine in this end-of-the-road place?

She hadn’t seen him for years, not since several months after his marriage, an event that had shaken her life. His wife hadn’t understood the friendship, or Tony and Carrie’s mutual interest in medical mysteries. With a flash of anger, Carrie recalled the night that woman stormed into the hospital cafeteria and spewed jealous accusations.

Carrie’s hands tightened on the steering wheel. She’d been embarrassed, hurt, and angry enough that she’d walked away from her best friend.

She’d heard rumors Tony’s wife had taken off for greener pastures. At least that’s what the hometown gossips said. Not that Carrie believed in gossip, especially after the news of her inheritance brought the tongue-waggers out in force.

She slowed the car to a crawl. Waves of panic lashed against her momentary calm. The place in her head where she’d filed his address was empty. She braked. The paper with the directions fluttered from the dashboard. She bent and grabbed them.

One glance was enough to retrieve the forgotten data. She eased off the brake and cruised the street. Half the houses were missing numbers. What now? Then at the foot of the dead end street, she saw the ones she’d memorized displayed in shiny brass on a massive gray house that looked like the setting for a Gothic novel.

A broad lawn fronted the house. The tailored grass stood in contrast to the tangles on either side.


“This is the place.” She gulped a breath.

Posted by Janet Lane Walters at 6:41 AM

At least his place isn't one of the run-down ones. That much is promising.

The last line with the "she gulped a breath - can feel her tension.

A very interesting introduction to your novel.