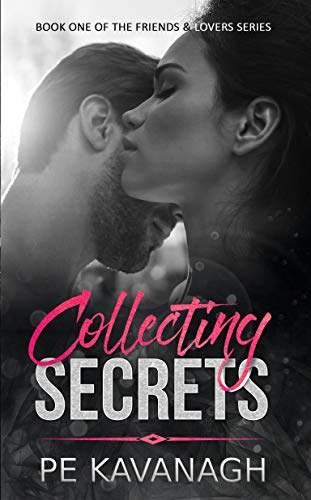 When Camille first met Jackson she was too young. Too innocent. Too traumatized.

Friendship was less than what she wanted, but all she could handle.

Ten years later and she’s strong, independent, and successful. A woman equal to the formidable Jackson King, psychologist to the stars.

At exactly the wrong moment, Jackson crosses the line, jeopardizing the friendship it had taken a decade to build. He refuses to wait one more minute for the woman who had long given up the fantasy of his love.

With each step forward, the ground beneath them cracks under the weight of a lifetime of secrets. The entangling of their families, their past relationships, and an unwelcome connection keeps their journey on a rocky path.

Jackson and Camille are forced to face what has been hidden for too long. Will the relationship survive?

Home means many things to Ramona Barrett and none of them are good.

A family mired in politics and ample amounts of bad behavior have kept her happily far away. Even after her enraged mother escapes, her drunk father sobers up, and her tyrannical grandfather dies, she has no interest in re-connecting to those rotten roots.

Fifteen years later, a steamy encounter with her childhood friend leaves her swooning like a schoolgirl. He’s become a man who dissolves her logic, foils her plans, and buckles her knees.

Too bad he’s engaged to someone else. And that’s not even the full extent of his secrets.

Can the home she fled be where her new future begins?

A buttoned-up politician.
An ambitious rebel.
The hard choice between love and power.

Connor Barrett has built a life based on doing everything right. He’s honest, idealistic, and completely buttoned-up. Continuing his family’s political legacy is a no-brainer. Next stop… US Senate.

Jenna King likes her men tough, tattooed, and as wild as she is. Clean shaves and navy suits hold no appeal. When she ends up working on Connor’s campaign, all her free spirit gets tucked away to create a professional image.

The couple work hand-in-hand without crossing any lines.

Until Jenna gets a glimpse of the man underneath the nerdy glasses and crisp, white shirts. And Connor urges her to let her hair down.

With the election approaching, right and wrong blur in the power of their connection.

In a world where image is everything, the unlikely couple must choose between their principles, their secrets, and the possibility of having it all.

Posted by Janet Lane Walters at 7:31 AM