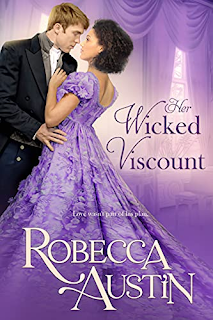 Currently on a limited time special

When her father mysteriously goes missing, Miss Ava Hamilton’s sheltered life is turned upside-down. Tossed onto the streets by her malicious half-brother Ashton, Ava must fend for herself and the two orphans in her care.

Knowing her father would never abandon her, Ava vows to find him, and as her quest begins, she stumbles upon an unconscious Lord in need of saving. The Viscount returns the favor and joins her search, but resisting their attraction is entirely another matter.

Lord Daniel Steel, Viscount of Hedgerow Manor, is used to doing as he pleases. Charming and wickedly handsome, he bristles against the idea of marriage when his father threatens to cut him off at the end of the Season. But delicate debutants aren’t for him. Preferring financial independence, he seeks an investor for a business deal. Except, the gentleman goes missing, and suddenly he’s at the mercy of a determined and tempting young lady too delicate for the streets of London.

Now Daniel must search for his vanished investor before time runs out, and he finds himself reluctantly betrothed.
*Books in Series can be read out of order.

Wedded by the Billionaire

One night with the wrong woman…

Tet controlled his universe, including the women he slept with, and a night of steamy fun was the perfect antidote for the new stress in his life.

But her passionate kisses and gentle caresses unraveled everything he thought he craved.

Now he will stop at nothing to make her his, even using their unbridled passion.

They say you should never meet your hero…

The open gate onto his property was an invitation she couldn’t resist. She soon discovered it wasn’t meant for her, but with a once-in-a-lifetime opportunity, she played out a fantasy she never thought would come true.

But fantasies have consequences. And hers had steely gray eyes that demanded more than one passionate night.

It was supposed to be a one-night stand. A hot night of sweaty indulgence with a man she’d vetted. A man she could play with and then walk away, someone who ticked all her boxes. Instead, she was facing off with Corin, a man who made her knees weak under his gaze and hijacked all her rules.

When the pregnancy stick turns pink eight weeks later, all her carefully laid plans go down in flames.

Starting over in a big city is no challenge for Ivy. She’s intelligent, successful, and can readily form a plan. Too bad her strategy didn’t involve her new boss turning out to be her baby’s father. She can’t stop her heart from falling for him, but can she protect her baby from a man she hadn’t planned for?

Straight-laced and uptight ought to be kryptonite to Corin’s carefree, love-them-and-leave-them lifestyle. Yet the memory of the one night with a mystery woman haunted him. When he’s finally convinced himself that his memories of that night are overblown, she turns up at his firm with everything he didn’t know he needed.

Now Corin has to decide whether he can turn their one night of explosive chemistry into the forever kind with a new lifestyle and family. It is the Christmas wish he never knew he had.