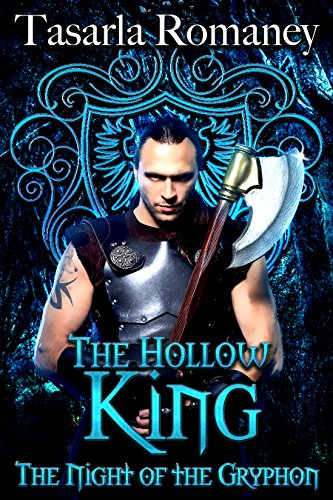 The Hollow King – Tasarla Romaney
Thought by most to be a simple child's chant… A king of no kingdom Who walks among the living yet is void of all but breathe He will be known as the Hollow King and will yield the Spector. The Warrior Queen with compassion will fuel the Hope The one who walks on two legs but has the soul of an animal will guide the Spector’s magic. Together they will use the Spector of Hope to rid the land of evil. Until creatures most thought to be make-believe start to hunt at night… Freed by Ovezara, a sorceress of what seems to be unlimited power. Queen Taraly dying father's command is to visit Grandmother June and learn what must be done to stop them. King Crenshaw has lost his kingdom to the Ovezara and vows to have revenge. Sancha returns from a hunting trip to find his father's body torn to shreds by an evil so dark people refuse to acknowledge it. The three unite to find the fabled Spector of Hope. As their quest starts to unfold, they realize that the line between good and evil is often blurred. What they believed to good is twisted. Can they locate the Spector of Hope in time to restore good and save all from the evil Ovezara unleashes?

A Mermaid’s Wish – Lyncee Shillard
Aislynn is a mermaid who has watched humans from afar for thousands of years.  A negotiator for Neptune, she wonders, what it would be like to feel anything but especially passion the way humans do when they have sex. The truth is mermaids can't feel emotions of any kind and hot sex is one of those experiences she wishes for.  When the opportunity to become a human - temporarily - presents itself, she takes it.
Finley McCormock is a hard-core, tough as nails divorce attorney who represents rich women leaving their husbands. He has no time to do pro-bono environmental work like his colleagues or to fall in love himself. Why bother? He knows how marriages end.  But, his new housekeeper, as odd as she is, gives him a hard on he has to take care of.  The good news is Aislynn seems more than happy to oblige. She is his sexual fantasy come true, from the mid-day office visit that includes a spanking session to the trip to Trinker's Sex Toys. Aislynn is willing to try anything.
But, when Aislynn's past catches up with her, Finley will have to decide if his attraction for Aislynn goes further than the surface of the water. Does he really want to get in deep with his mermaid?

Treasure Hunt – Lyncee Shillard
DeLaney Black Heart is the captain of The Gypsy Princess, the most feared pirate ship on the Cannequ seas, until recently. Her long standing enemy, Falken Sands, is making good on his threat to ruin her. She is in desperate need of a large bounty to soothe her crew and reclaim her title.

Raven Kinsley is a treasure hunter. He offers DeLaney the chance to redeem herself. Only their history is stopping DeLaney from jumping on the offer. Raven abandoned her a year earlier and disappeared.

Left with no other choice, DeLaney agrees to Raven’s commission. They begin their journey to claim the lost treasure of Midas, but soon trouble surrounds them. Raven and DeLaney combine forces to battle gryphons, the possessed Falken Sands, and other creatures.

DeLaney tries to convince herself what she feels for Raven is born out of battle, not love. Raven knows he loves DeLaney, but until an old enemy is beaten, he can’t make his claim on her heart.

As secrets are revealed, they realize this is more than a mere treasure hunt. It’s a battle for their lives.